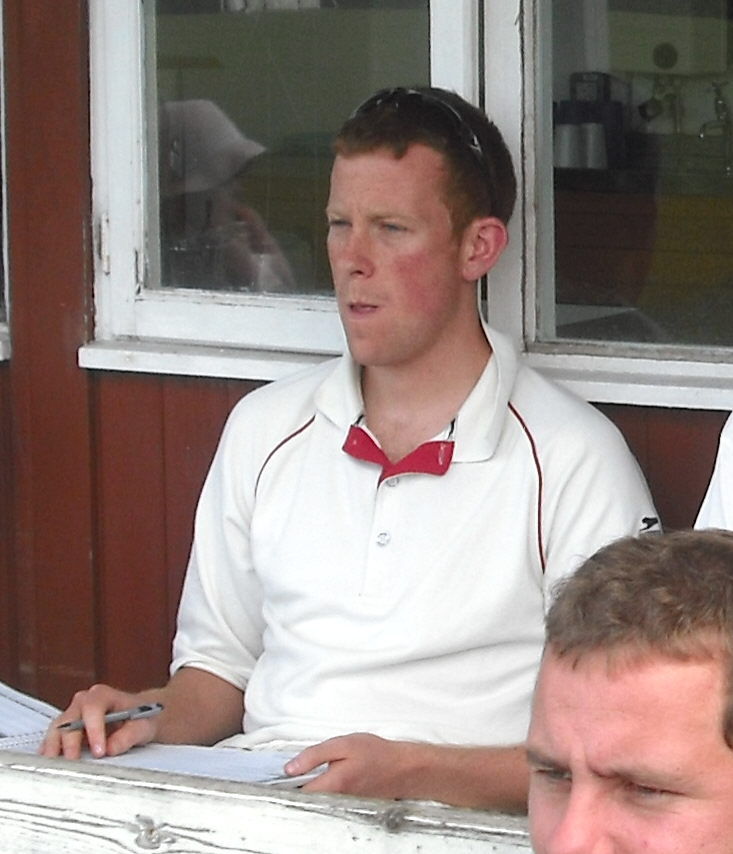 Holton win with over to spare.

Following a soaking wet Saturday the Holton and Wheatley pitch seemed to be holding up well but the unrolled wicket needed a sweep from the Vice-Captain before the match was able to start. Youthful Tiddington were busy warming up and making us feel uneasy. Guy won the toss and elected Tiddington to Bat. Phil Wood opened the bowling and looked sharp, containing the Tiddington number 1 and 2. However the batsmen looked settled very quickly and made the best of Holton’s other opening bowler’s first few loose deliveries.

Both bowlers kept it tidy thereafter and the unpredictable pitch was causing some problems for the batsmen yet the score ticked along. A breakthrough was needed and came with Phil forcing a thick edge that carried through to Simon Switala. A change in bowling meant a double spin attack of Owen Churton and John Simpson. Owen settled himself after an over and managed to bowl another Tiddington batsman with a straight delivery taking out middle stump. Then John Simpson took another wicket next over taking middle and leg stump after hitting the batsman’s pad. John continued to worry the Tiddington middle order but they started hitting out and punished Owen from the other end. The run rate become a big headache for Holton and we needed to slow it or get Tiddington out quickly to stand a chance of winning the match.

With the run rate racing Guy stepped up, bowling downhill and despite being hit for 6 2nd ball, managed to take quick wickets, the most important being Tiddington’s big scorer, who he bowled with a plum slower ball. Another of Guy’s wickets was a thick edge that the umpire didn’t think carried through to the wicket keeper. Credit to the batsman for walking when the slips and Simon were certain it had carried! Neil Robinson took over where John Simpson left off; causing problems for the batsmen and tempting one batsman who missed and was stumped by Simon. Once Holton were into the tail, we looked as if we could keep Tiddington to a reasonable score. Phil returned to the attack and took another wicket, with Simon Robinson taking a good catch from a poor shot. Simon coolly ran out another batsman who was well out of his crease attempting a single, Simon directly hitting the one stump he had to aim at.  John Kelly bowled the final over ending the Tiddington innings after bowling out the number 10 batsman. Tiddington 155 – all out.

The sun had dried the wicket out and so after lunch it was a reasonable afternoon/evening for batting. John Simpson and Hugh Kitchin opened and made a good start. John frustrated the bowlers and Hugh was hitting out scoring a steady 21 before being bowled. Alan came in to replace Hugh and the score continued to tick along although the bowlers were keeping it tight. Alan’s innings was cut short by William Johnson, after being caught off his bowling. 52 – 2.

Simon Switala came in at number 4 and John managed to keep the score going. Simon struggled to score at the start of his innings but then began to pick up runs. A change in the attack saw a good spell from Kightley who contained Holton’s progress. However John and Simon saw him off and John started playing some glorious shots, splitting fielders to find boundaries. When he managed 14 off 4 balls in the form of a six and 2 fours, Holton’s confidence rose and the match swung in our favour. John and Simon forged a great partnership of 82 when Simon was bowled out for 27. Phil Hargreaves came in and steadily continued to add to the Holton run chase along with John.  That was until John was sent back to the Pavilion in a bizarre run-out when the bowler deflected Phil’s straight drive onto the non-strike stumps while John was outside his crease. John had made 64 and Holton were 4-142. Simon Robinson came out intent on swinging for every ball in an exciting finale to the match. When he was bowled out Holton only needed 10 runs to win from the last 2 overs. Guy Burford came in to bat and participated in a flurry finish with Phil. They both made the most of a misfield as we leveled the score, then Phil ended the match with a drive that went for four and gave us a 5 wicket victory.

This was one of the most exciting finishes to a match this season and ended with our fourth win. One more home game to come so let’s hope we can make it a fifth home victory.