A hot, sunny day and a win the previous week: were we on a roll or not? But this week’s opposition was Great Milton, always stern opponents for the annual challenge trophy.

We started badly, by losing the toss and being put in the field on a pitch that looked sleek and fast. Kiran Nair and John Kelly opened the Holton attack, and success came rapidly, with the Great Milton No 2 caught sharply by Graham Nichols off John Kelly for nought.

We started to feel worried, though, as Great Milton’s second-wicket partnership grew, and runs began to rattle up on the board. But John’s new longer run-up was paying dividends and his nagging length brought him his next wicket, bowling the remaining opener.

As the innings continued, it became clear that the bounce off the pitch was variable: some nasty rising balls, and more shooters than we’d have hoped for. This hardly made batting easy, and mustering all his experience as captain Guy Burford brought on his secret weapon, Binoy Masters. Binoy’s pace has been notable this season, and – helped by the variable bounce – he streaked through the Great Milton middle order, rounding off his six-over spell with 4-19.

By now Great Milton were struggling to make runs: with the seventh wicket down at 73 hopes of an invincible total were fading. A steady 32 by Great Milton’s No 3 gave some poise to the innings, but batting was proving too difficult.

A tidy six overs from Graham Hawkins, and a wicket to the fast spin of Mahesh, saw Great Milton on 83 before Kiran returned to the attack to finish the innings on 95. 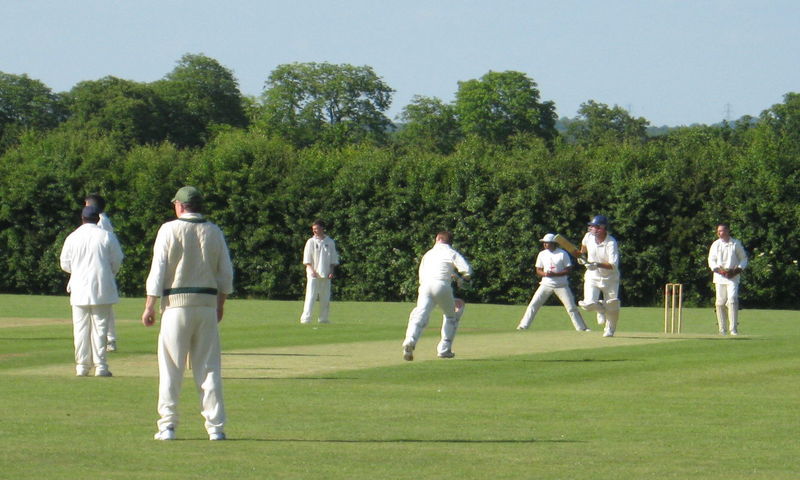 Graham Nichols (2 catches and 29 not out) takes a single

Phil Knox is backing up

During tea we pondered the Great Milton total, and wondered whether their bowlers would achieve the same bouncing and creeping with the ball that we’d managed. 95 is not a big total, but teams do funny things in the face of a gettable total and a playful pitch.

Nevertheless, John Simpson and Mahesh strapped on their pads and prepared to do battle. Some whizzy bowling from the Great Milton opening bowlers showed that there were going to be issues with the bounce, but as the day went on we found that the wicket was playing slightly better than it had for the opposition.

That didn’t prevent Mahesh from launching into a wheeling attempt at a six (bowled), nor John lofting a careless drive to point (25-2). But the steadying hand of two-catch Nichols entered to shore up the innings. Partnered first by Simon Switala and then Phil Knox, the Holton score edged along. Some communications blackout resulted in Phil being run out just as he was shaping up to see the innings through, and he was replaced by Guy Burford. 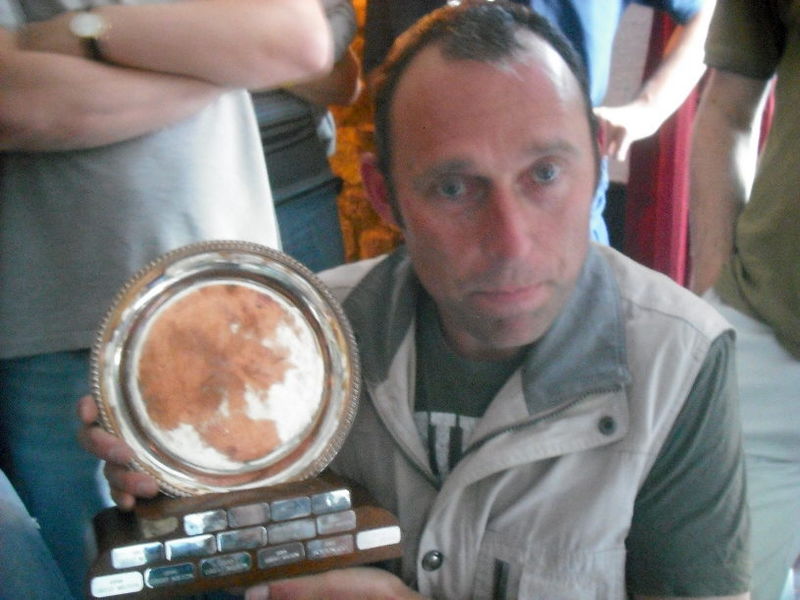 Despite some tidy bowling from Great Milton, Guy took the offensive and looked to spray the ball around the pitch. Graham batted solidly and well within himself to ensure that we didn’t veer off the road to victory. With Guy on 23 and Graham on 29 (though the scorebooks differ) Guy punched the ball for four and Holton and Wheatley had notched up yet another victory.