Holton make it two out of two as Mahesh and Kiran shine.

Holton returned to Sunningwell, the scene of frustration last season, when the home side’s tail end held out for a draw. There was to be an air of familiarity about the fixture this season, as once again the Sunningwell batting line-up was blown away after tea, forcing the young lower order to battle bravely to avoid defeat. However, Holton’s resilient bowling attack ensured history would not be repeated this time round, securing victory with 14 balls remaining.

The afternoon did not start well for Holton though; Sunningwell won the toss and elected to field. Unfortunately, the opening partnership of Hugh Kitchen and Graham Nichols were unable to repeat their heroics of the previous match, as both were dismissed early on, leaving Holton 12-2. Alan Banyard, Simon Littlewood and Phil Knox all came and went, but could not steady the quickly sinking ship. Holton were now 45-5 after 18 overs.

The stage was set for Kiran Nair, in his debut season for the club, to add some stability to the middle order. He did just that, and backed up by the skipper, Guy Burford, the two combined to record a 70 run partnership. Having hit several boundaries, including a glorious six, Guy fell for a quick-fire 38, playing onto his own stumps. An inspirational innings from the Captain had helped the side leap to 115-6 within 28 overs. 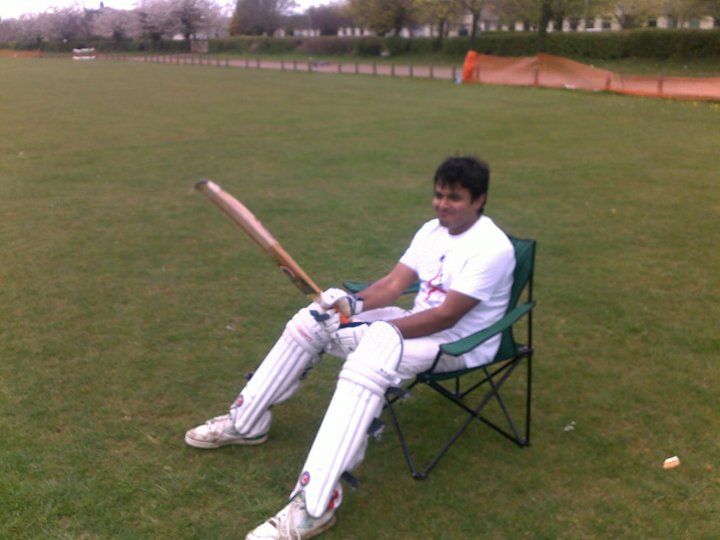 Kiran continued to score heavily, now partnered at the other end by the veteran, Neil Robinson. The Indian soon followed the example of his skipper, dispatching the bowler for six more runs, the rest of the team in the pavilion on their feet. No sooner had they sat down and they were up again, this time applauding Kiran’s maiden 50 for Holton & Wheatley, in just his second match for the club. The runs continued to flow and by the time Robinson was dismissed for a spirited 8, Holton had passed the 150 mark.

Graham Hawkins entered the fray to impose his no-nonsense approach to the already suffering bowling attack. Kiran was not to stay around for much longer though and was caught at mid-on for an impressive 58. The team were quick to show their appreciation for his performance, as well as explaining the tradition of having to buy a jug afterwards!

Hawkins himself was soon to follow to the pavilion, after being caught and bowled by Baker. This left John Kelly and Kiran’s fellow countryman, Mahesh, to see out the remainder of the innings and when John vacated his crease and was stumped for 4, the scoring came to a close - Holton & Wheatley 177 all out from 41.4 overs.

The teams returned to the pitch after a well received tea break, Holton full of optimism from their first innings recovery, hopeful of emerging from the match victorious. That optimism was justified, the dangerous Mahesh striking first, diving forward to take a brilliant catch off his own bowling. The batsman contested whether the ball had carried or not but the decision was eventually awarded by the square-leg umpire, 12-1.

The wickets continued to fall, Mahesh showing his ability with the ball by taking the next three, one of which was due to a good catch in the slips by Kiran. Both Indians putting in Man-of-the-Match displays, Mahesh ending with bowling figures of 4-19. 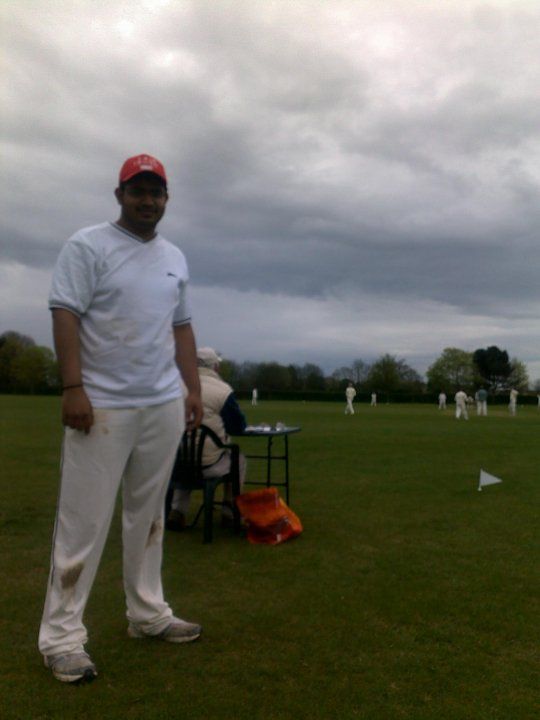 Graham Hawkins was next in on the act, securing his first wicket of the season, with thanks to Hugh Kitchen’s safe hands in the covers. The home side now found themselves at 47-5, a position similar to that of Holton’s innings. However, unlike their opponents, they were unable to turn their luck around and would attempt to see out the remaining overs.

Neil was introduced to the bowling attack and soon added two more casualties to his ever growing list of victims, both batsmen outwitted by their more experienced counterpart. Sandwiched in-between was a second wicket of the match for Graham and at this stage the outcome was looking ominous, Sunningwell 73-8.

Nevertheless, Harris and Overend came to the crease in damage limitation mode and fought admirably against the ferocious efforts of the bowlers. The pair put on a partnership of 27 and survived until there were just four overs remaining, Overend eventually dismissed by an unplayable yorker from Kiran, showing he is just as adept with the ball.

Nine down and with time running out, Alan Banyard was called upon in hope of enticing the batsmen into making a costly mistake. The tail-enders were unable to contend with the varied pace and bounce and Harris, so nearly the hero for the home side, finally succumbed to the pressure. He was deceived by a ball that arguably wouldn’t have possessed the power to dislodge the bails and was given out lbw. Sunningwell all out for 103, Holton recording a deserved victory by 74 runs.